Next in our AD Lubow 25th Anniversary Series: TEACHING TEACHING. If you want to discover how to turn a troubled school around, why not ask the most visionary principals in the nation how they’ve done it. That’s precisely what the National Association of Secondary School Principals did. A 200-page report resulted, naming in rather scholarly terms the best practices in leadership, data management, teacher teamwork and more.

We were commissioned by the brilliant Christen Pollock, then with the College Board and now the head of edBridge Partners, to show what these reforms looked like in everyday classroom life. Our more than 40 instructional videos, shot in eleven schools around the country, were presented with other learning aids in a groundbreaking website called Leading Success. Explaining complicated issues in clear and engaging terms is another part of our company DNA. You see this trait appearing a lot in our 25 years. More on that later. 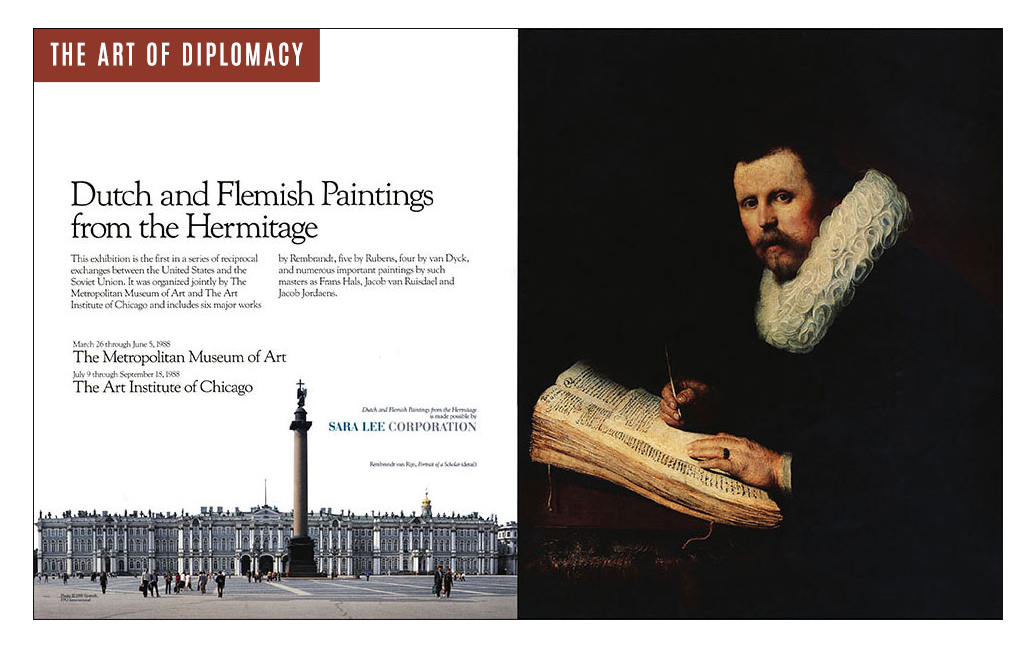 Next in our AD Lubow 25th Anniversary Series: THE ART OF DIPLOMACY. In 1985 no sooner had a Reagan-Gobachev cultural exchange agreement been signed, than Philippe de Montebello dispatched a cable and was on his way to the Hermitage Museum in Leningrad. From there, he would craft a series of inspiring exhibitions based on an unprecedented degree of reciprocal exchanges between major American and Soviet art museums..

The first exhibition was “Dutch and Flemish Painting from the Hermitage” which ran at the Metropolitan Museum and the Art Institute of Chicago beginning in 1988.  The second, in 1990, was “From Poussin to Matisse: The Russian Taste for French Painting.” The late John Bryan, then President of Sara Lee and his brilliant Public Affairs director, Ron Culp seized the opportunity to sponsor the exhibitions. It was an ingenious way to elevate Sara Lee Corporation’s image, positioning the company at the nexus of high art, multinational business and international diplomacy.

Working with Mr. Culp, Arthur Lubow crafted a message that encapsulated the importance of it all, headlined “The Art of Diplomacy.” Looking back at our company’s history, we can proudly say that the idea of promoting peace through the universally understood language of art is a thread that has always been a part of our company’s DNA.  We at AD Lubow would like the entire Corporate Responsibility community to remember these groundbreaking exhibitions as the important steps they were in elevating the role of the art in human understanding. 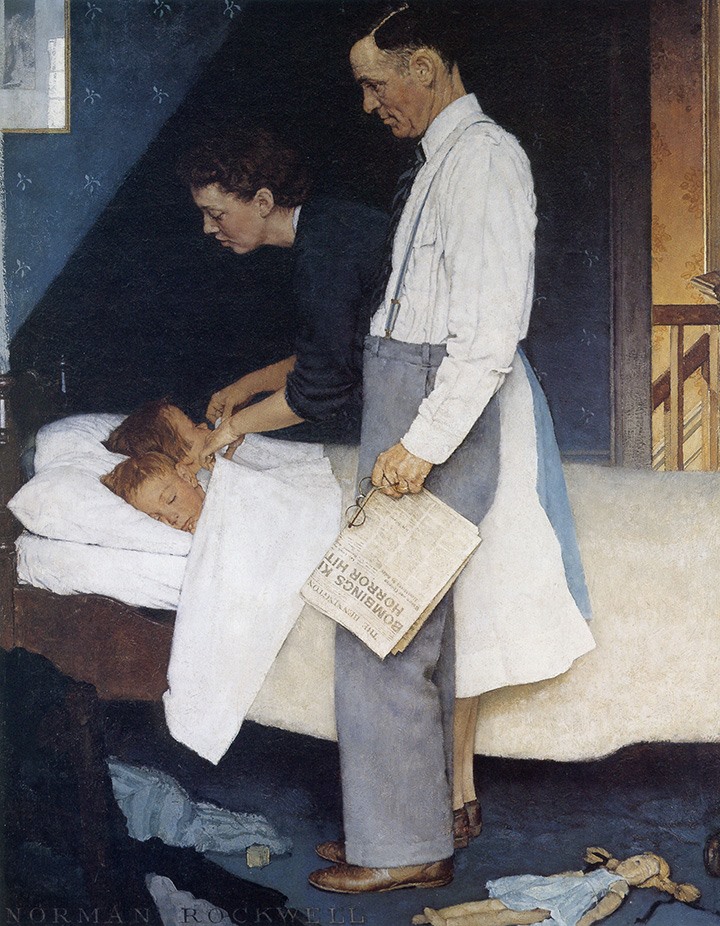 Next in our AD Lubow 25th Anniversary Series: There were no grand designs for the company when we started except perhaps for the ones which in retrospect seem to have been pre-ordained. The company by nature only worked for organizations committed to art, education, social justice, spirituality, enterprise and human kindness. Only when you look back, do you realize that in essence, we were working for freedom from fear and ignorance. So when we were commissioned to create the identity for the touring exhibition, ROCKWELL, ROOSEVELT AND THE FOUR FREEDOMS, we were given the opportunity to work on our main mission in life: Freedom from Fear, as exemplified in this brilliant illustration by Norman Rockwell. We’ll elaborate in later posts about some of our other compulsions. For now, please read a marvelous essay by Stephan Vincent Benét and weep if you must about how human discourse and journalism have devolved since the time this was written. See Benét essay. 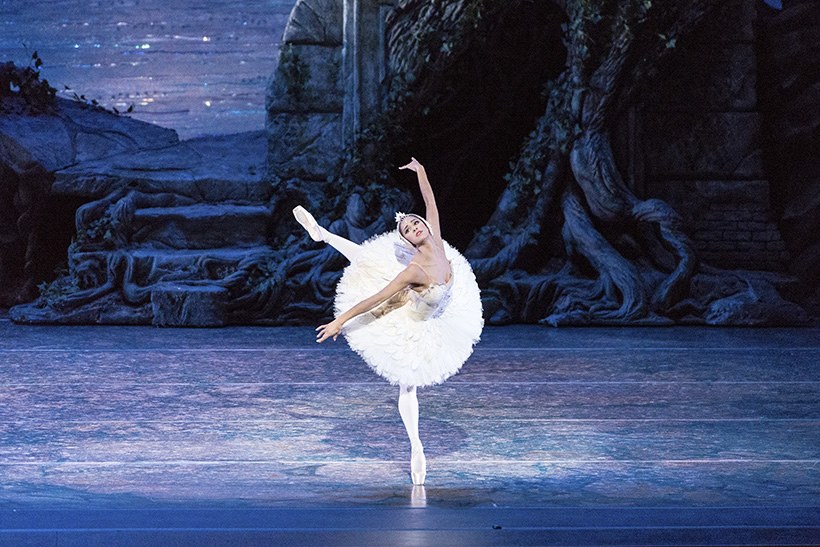 Next in our AD Lubow 25th Anniversary Series: MISTY COPELAND’S BLACK SWAN. On the subject of marketing ballet to mass audiences, Arthur Lubow, early in his career, heard George Balanchine say: “If they don’t want to come, nothing can stop them!” Fast forward 35 years to Misty Copeland’s courageous debut as the principal dancer in ABT’s Swan Lake at the Met. Nothing could stop nearly 4,000 fans from crowding into a matinee performance. In her life, Copeland had gone from living with her family in an SRO motel room to an SRO performance at the Met Opera House. We were proud to have played a part. 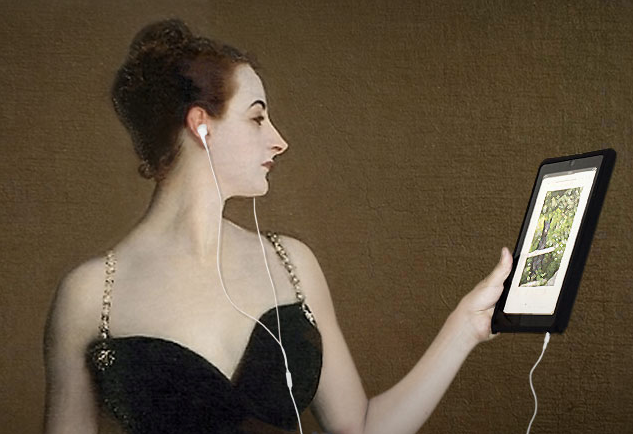 This year marks the 25th Anniversary of AD Lubow. It’s hard for anyone to imagine how much we’ve enjoyed the interplay between creativity and technology, except to say: picture Madame X reading her own book on an iPad. Be on the lookout throughout the year as we post some of the historic moments in which our enterprise has played a part.