For seventy-seven years, presidents, prime ministers, and all manner of luminaries have taken the sting out of American politics with their humorous jousting at the legendary Al Smith Memorial Dinner. The film that M+ ADLubow created for this year’s event is narrated by the Pulitzer Prize-winning columnist for The Wall Street Journal, Peggy Noonan. The gifted Ms. Noonan penned some of the greatest presidential speeches of the last Century. Her “These Are the Boys of Pointe du’Hoc” written for Ronald Reagan’s appearance at the 40th Anniversary of D-Day is celebrated today for the timing and timbre of its commitment to freedom. Yes, it saluted the U.S. Rangers who scaled the cliffs to take out the heavy guns of Naziism. Less remembered is the way the speech acknowledged the sacrifices of the Russian people and then, from a position of strength and confidence and in a spirit of reconciliation, asked the Soviet Union for some sign that it was willing to seize the beachhead of peace. Two years later, we had Glasnost. Such is the power of poetry. “For sheer oratorical elegance,” historian Douglas Brinkley wrote, this would become “one of the most inspirational presidential speeches ever delivered.”

We are deeply honored to have written the script for a film narrated in the kinder, gentler voice of Peggy Noonan. Enjoy the historic moments in our film. (Listen closely to the wisecrack delivered by Al Smith IV. We can proudly say that A.D. Lubow wrote that, too—back in 2016.) Listen to the wit and wisdom of Ms. Noonan’s own address that night. Pitch perfect.

Rather than just drone on about books and advertising and the general state of things here on earth, we’d like to post two aerial videos shot and edited by Arthur Lubow as a volunteer for the Mountaintop Arboretum and Onteora Club.

Here is a shot of Hidden Marsh, a secret treasure reachable by a brief hike through the woods. It’s all part of the theme we developed for The Mountaintop Arboretum called “Nature’s Art: Performing Daily. Up after that, is a view of the new lakefront at Onteora Club. 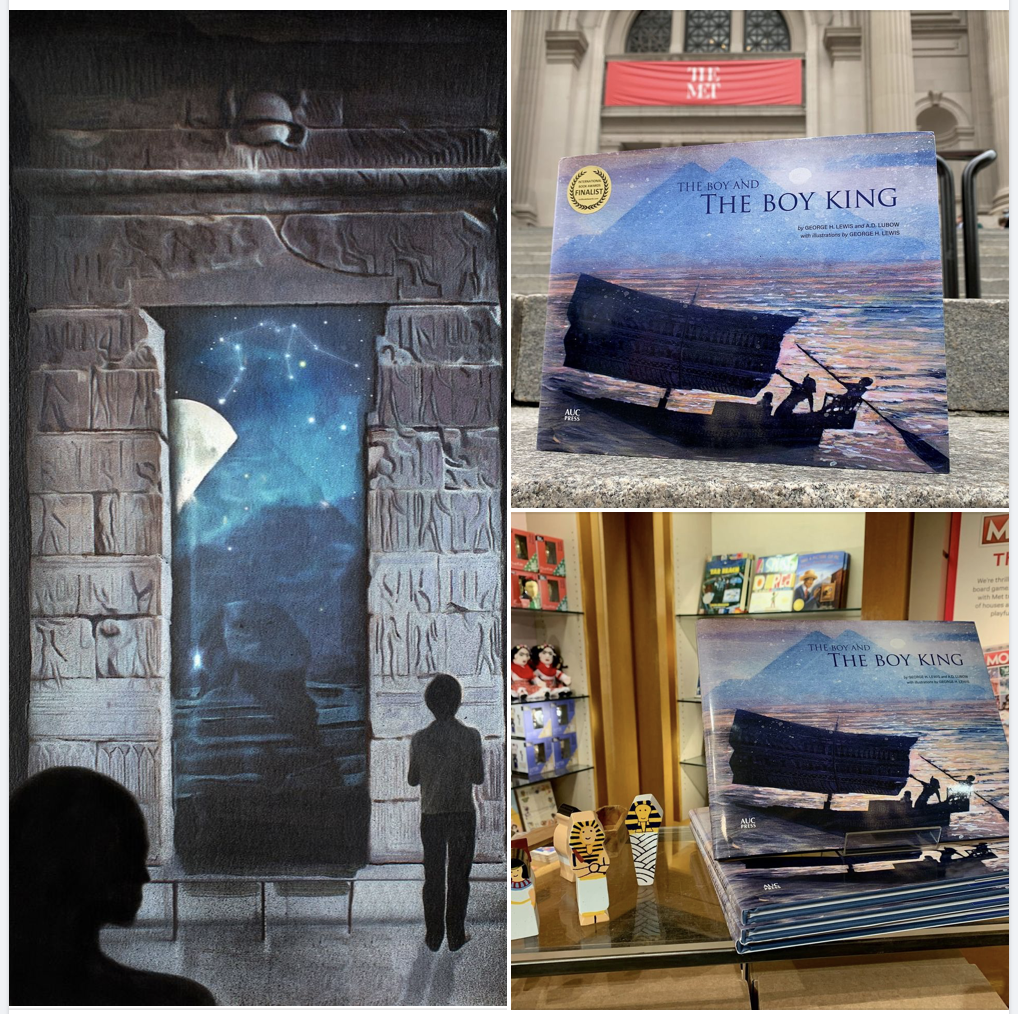 An illustrated poem by A.D. Lubow inspired by the names of two lovers carved long ago in stone on a lonely mountaintop. Lovingly illustrated by Mei Li, a rising star in animation. Masterfully recited by the brilliant Welsh actor, Matthew Rhys. 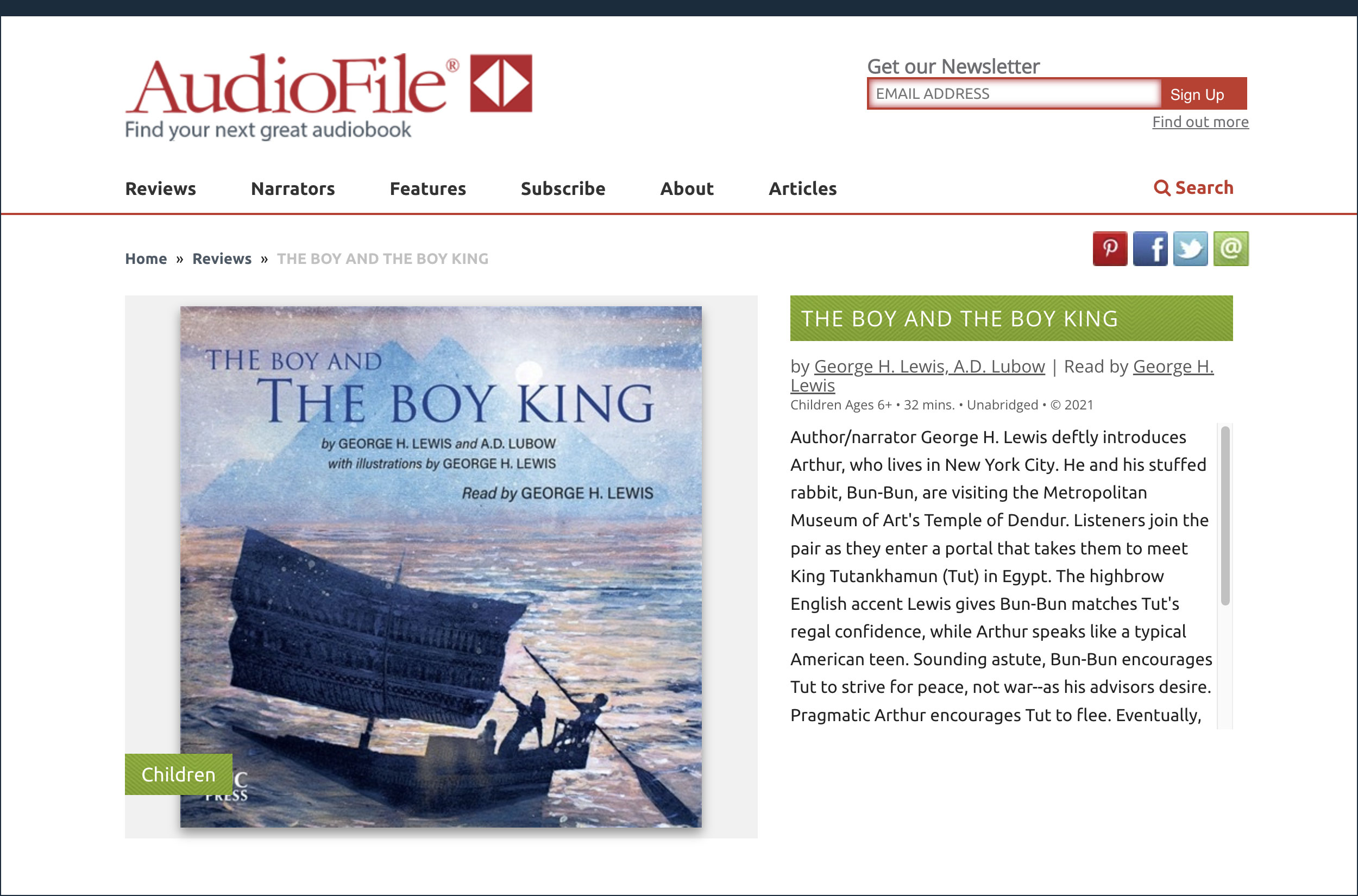 A nice AudioFile listing today for Audible edition of “The Boy and the Boy King.” The reviewer writes: “Along with a magical and poetic story, listeners are treated to a tour of ancient Egypt.” The nice review is a credit to the way George Lewis’s reading gives each of the characters such a distinctive voice. See the whole review here.

2022 is the Centennial of Howard Carter’s discovery of the Tomb of Tutankhamun. And our book, The Boy and the Boy King, is taking on added relevance.

Please have a look at this short video on the making of the illustrations.

The Boy and the Boy King and the new Audible edition are available on Amazon.

This holiday season, enjoy the new Audible edition of The Boy and the Boy King by George H. Lewis and A.D. Lubow now available on Amazon. Read it side by side with the sumptuous George H. Lewis illustrations. Or close your eyes and just listen. The Boy and the Boy King, nominated for a 2021 International Book Award in children’s literature is proudly published by American University in Cairo Press to coincide with the Centenary of the discovery of King Tut’s tomb and the opening of the Grand Egyption Museum.

Listen to a free sample and order the Audible and/or print edition on Amazon.

Another 5-star rating, dear friends, is always welcome and most appreciated. 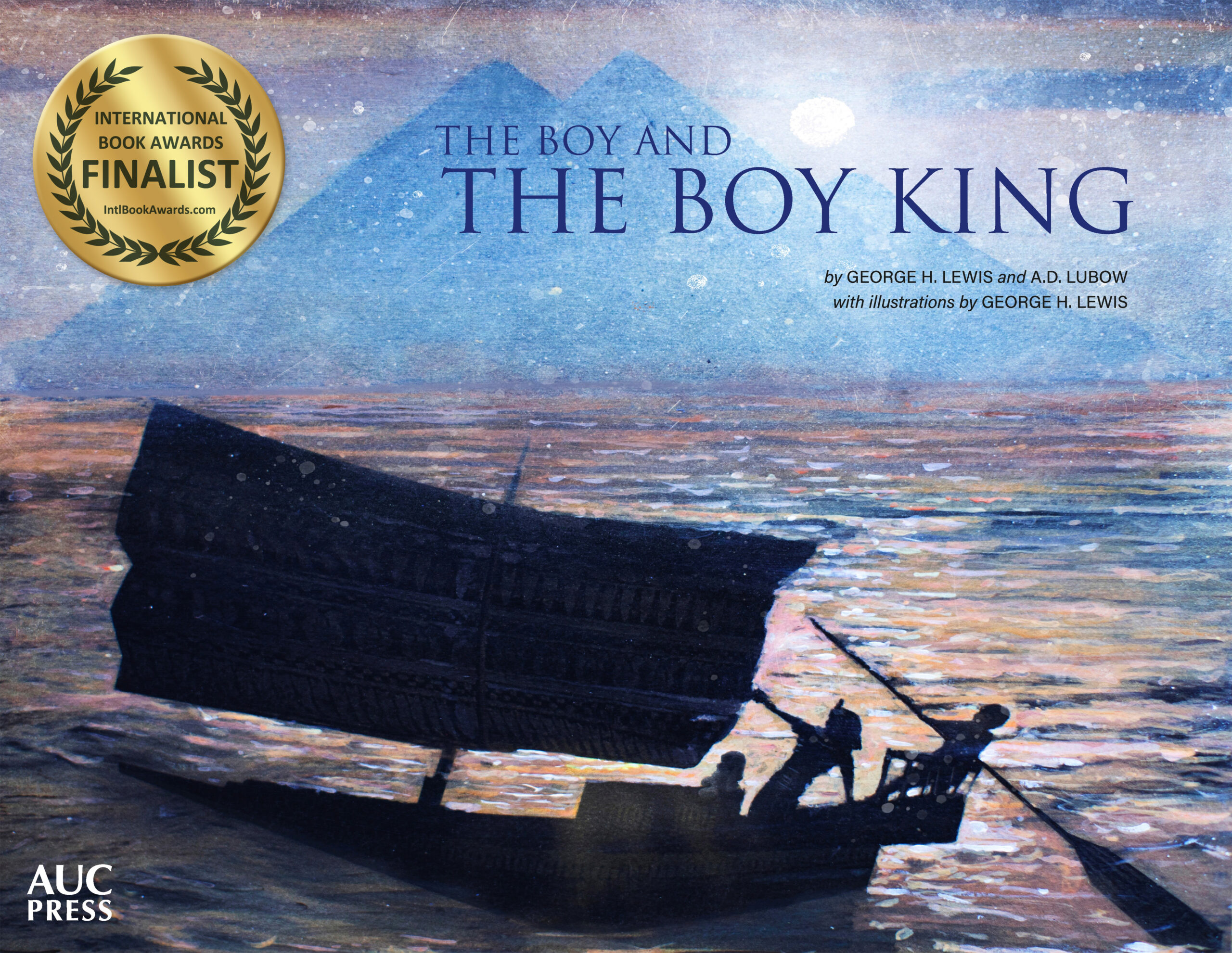